A biophysical approach to soil fungal processes: from percolation theory to fungal invasion and resilience in soil systems 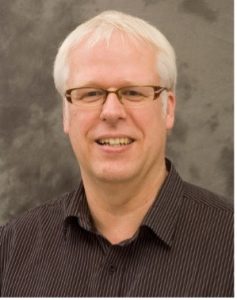 Our BioMaths Colloquium Series continues with a seminar by Professor Wilfred Otten from Cranfield University. Wilfred Otten joined Cranfield University in May 2016 as Professor of Soil Biophysics. Before that he worked 9 years at Abertay University in Dundee as Chair of Biophysics of Soil Ecosystems and co-Director of the Scottish Informatics Mathematics Biology and Statistics Centre where he developed innovative methods to characterize soil structure. Prior to that he worked for 16 years in the Epidemiology and Modeling Group of the Department of Plant Sciences at Cambridge University working on invasion and persistence of soil borne fungal plant diseases. He has a degree in Agricultural Engineering with special reference to Soil Science and Fertilizer Use (Wageningen University, The Netherlands) and a PhD degree in Horticultural Sciences, focusing on closed fertigation systems (Wageningen University, The Netherlands). He was President of the British Society of Soil Science in 2017-2018.

Wilfred has a general research interest in physical, biological and chemical processes in soil, and works at the interplay between mathematical and empirical approaches to environmental systems. His current and past research has equipped him with multidisciplinary expertise in soil physics, soil chemistry, soil microbiology, epidemiology and mathematical modelling. He is expert in the characterisation of micro habitats in soil. Research techniques include the use of transparent soil, X-ray CT to characterise internal pore geometries and root growth, SEM-EDX and biological thin sections. He applies this expertise to develop a quantitative, integrative and predictive approach that forwards our understanding of soil processes to enable sustainable management. 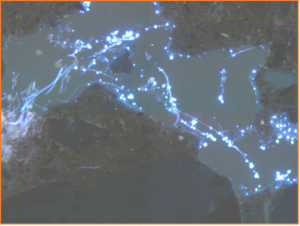 Many fungal mediated processes in soil depend on the interplay between fungal growth and spread and the spatial and temporal heterogeneity of the soil environment. Above ground, we know that connectivity between habitats is a driver for diversity and persistence of species, so it appears reasonable to expect that similar ecological drivers exist for belowground processes. To a large extend spread of fungi occurs between hotspots of favourable habitats, where accessible organic matter, fungi, water and oxygen are all present. Damping-off diseases caused by fungal pathogens is a clear example where fungi spread through a population of discrete host. I will show how percolation theory can be applied to such systems and explain the stochastic, patchy and thresholds-like nature of soil-borne epidemics. This raises the question of the role of tipping points in management of agricultural system.

I will then increase the complexity of the system and extend this thinking to belowground processes, such as C dynamics. The question of what constitutes a connected habitat in soil and how this affects soil processes may not be as easy to address. For example, for fungal mediated processes, habitat connectivity may be determined by various characteristics, namely: (i) the total volume of the connected pore space; (ii) the connected air-filled pore volume, through which fungal spread predominantly occurs and gasses diffuse, (iii) the connected water phase volume, through which dissolved C diffuses, (iv) the distribution of particulate organic matter that fuels fungal growth, and (v) biological traits such as those enabling translocation through for example fungal hyphal networks. Identifying the main drivers from this list is challenging yet critical if we are to be able to understand how to manage soils sustainably. We address this question through a combination of detailed experimentation and a mechanistic pore-scale modeling for the effect of habitat connectivity on microbial growth and CO2 evolution. We demonstrate how various aspects of habitat connectivity differentially impact on two contrasting fungal species, representing e.g. R and K strategists. The results suggest that: i) connectivity of the water phase is critical as it regulates diffusion of dissolved organic matter; this is even so for fungi that preferentially spread through air-filled pores, and ii) whether fungi behave as R or K strategists is not just determined by fungal traits but to a large extend depends on the physical environment. Consequently, selective pressures can be exerted by physical conditions, where small changes in the environment can invoke rapid changes in fungal colonization. This could result in a risk of tipping points. However, multiple pathways of connectivity contribute to the outcome of a soil function. These different pathways can compensate each other, enhancing stability of the function. I demonstrate that the fact that multiple connected pathways underpin a soil function leads to resilience of soils to perturbations and underpins soil health.