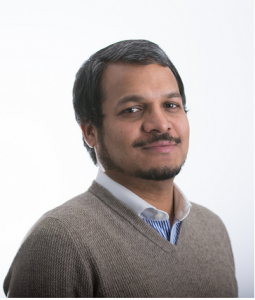 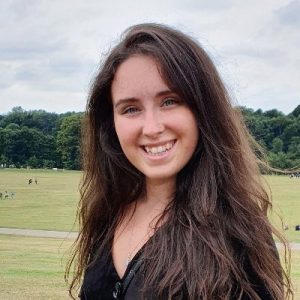 Our BioMaths Colloquium Series will kick off with a talk by Mokarram Hossain. Dr Hossain is an Associate Professor at the Zienkiewicz Centre for Computational Engineering (ZCCE) at Swansea University, United Kingdom. The ZCCE is considered as the World-leading Centre of Excellence in computational modelling for the last five decades. After completing his Bachelor in Bangladesh University of Engineering and Technology, Dr Hossain obtained Masters in Computational Engineering (2005) from Technical University of Braunschweig, Germany. He obtained a PhD in Mechanical Engineering (2010) from University of Erlangen-Nuremberg, Germany under the supervision of Prof Paul Steinmann. He moved to the UK, at first in Northumbria University as a Lecturer in 2015, then to Swansea University as a Senior Lecturer in 2017.
Dr Hossain’s research interests lie in the wide and interdisciplinary areas of soft polymeric and active multifunctional materials ranging from material synthesis, experimental study to computational modelling. He has been active in the areas of biological tissue modelling and polymeric material characterisations under thermo-electro-magneto-mechanical loads. He has numerous fundamental and cutting-edge contributions in the areas of polymer curing modelling, electro-active, magneto-active polymers, hydrogel experiments and modelling. He has obtained several research grants including from UK Research Council (EPSRC) and industries for energy harvesting, soft material characterisations using electro-active/magneto-active polymers. Dr Hossain published more than 80 peer reviewed journal papers in many leading journals across disciplines of materials, mechanics and computations including Nature Computational Materials, Additive Manufacturing, Composites Part B, Engineering Science, Mat & Design, JMPS, CMAME, IJSS, Mech Mat, Polymer, Smart Mat & Struct etc. He is the Managing Guest Editor of a Special Issue in European Journal of Mechanics-A/Solids.

The oesophagus is a primarily mechanical organ whose material characterisation would aid in the investigation of its pathophysiology, help in the field of tissue engineering, and improve surgical simulations and the design of medical devices. However, the layer-dependent, anisotropic properties of the organ have not been investigated using human tissue, particularly in regard to its viscoelastic and stress- softening behaviour. In this study, the layer-specific material properties of the human oesophagus were investigated through ex vivo experimentation of the embalmed and fresh muscularis propria layers. For this, a series of uniaxial tension cyclic tests with increasing stretch levels were conducted at two different strain rates. The muscular layers from three different cadaveric specimens were tested in both the longitudinal and circumferential directions. The results displayed highly non-linear and anisotropic behaviour, with both time- and history-dependent stress-softening. The longitudinal direction was found to be stiffer than the circumferential direction at both strain rates. Strain rate-dependent behaviour was apparent, with an increase in strain rate resulting in an increase in stiffness in both directions. Histological analysis was carried out via various staining methods; the results of which were discussed with regard to the experimentally observed stress-stretch response. Finally, the behaviour of the muscularis propria was modelled using a matrix-fibre model able to capture the various mechanical phenomena exhibited, the fibre orientation of which was driven by the histological findings of the study.